Today´s recipe could be defined as an authentic Sweet Salty salad. Contrasts of sweet and salty, together with crunchy touches of the sunflower seeds and the coconut create an explosion of taste in the mouth. Those contrasts are the sparkle we need to look for at all times. 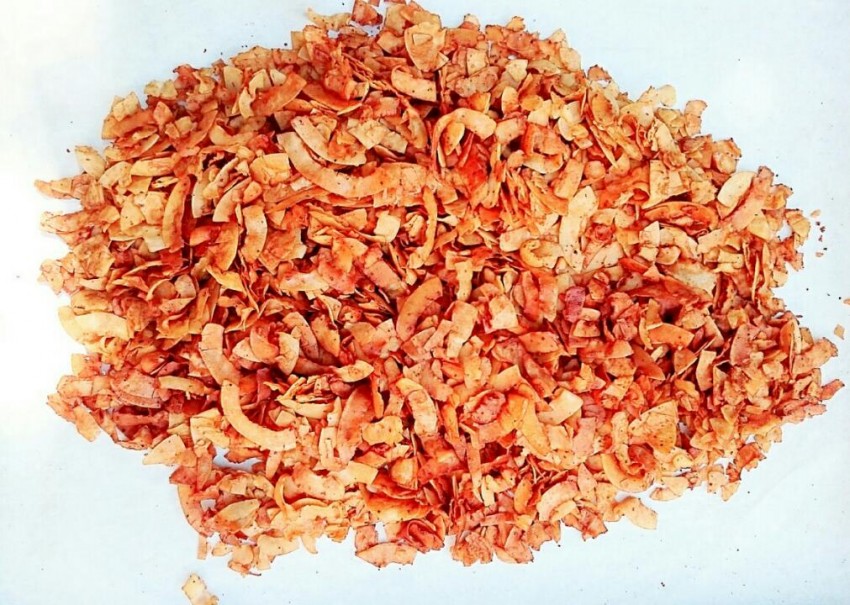 The figs from the end of August and September are for me a reminder that the summer is about to finish, that the days are getting shorter and the nights are colder. Somehow it is like the last summer fruit gift that you eat as if it were a treasure. And in reality, it is a treasure, because when you open it and see the bright and fleshy color of the interior, you can only think of the magnificent nature jewel you have all for yourself. And what about the taste?? Oh my god, words cannot express it. As my friend Pilar says, they are just God food, and you all know why the Gods know Latin. The fig tree is known as the tree of life and wisdom. So you already know, plant a fig tree in your garden or pig out when the season starts. In a nutritional level and in case I haven´t been able to convince you with the previous facts, the figs are an energy bomb (a really powerful one!) packed with minerals. It is one of the most important sources of assimilable calcium of the vegetable world. And besides that, they play an important role in cleaning the cells and also have an amazing capacity to alkalize the body´s ph. . . . So I repeat again, they are an authentic jewel. 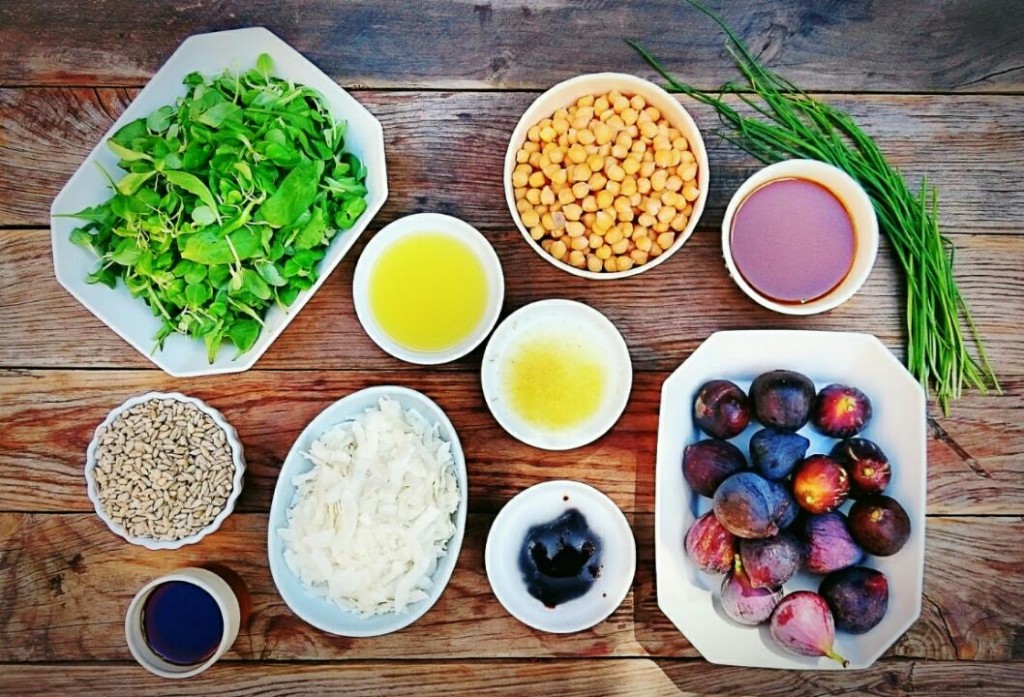 Although the recipe looks complicated as it consists of many different preparations, they are all super short and very easy to make. And on top of that, the vinaigrette, the sunflower seeds and the coconut can be prepared in advance. And even more, from the beginning the goal of this recipe was to remind you of an important organizational aspect in the kitchen. A good dressing or vinaigrette is the basis for a good salad or for any other dish. If you always have on hand a pot with good vinaigrette, life gets a lot easier. Because it also takes the same amount of time to make 100ml than 500ml. So I encourage you to choose vinaigrette you like and a jar where you will have previously calculated the measure. You will need to make one once per week and whenever you are running out of time, you will definitely appreciate it. 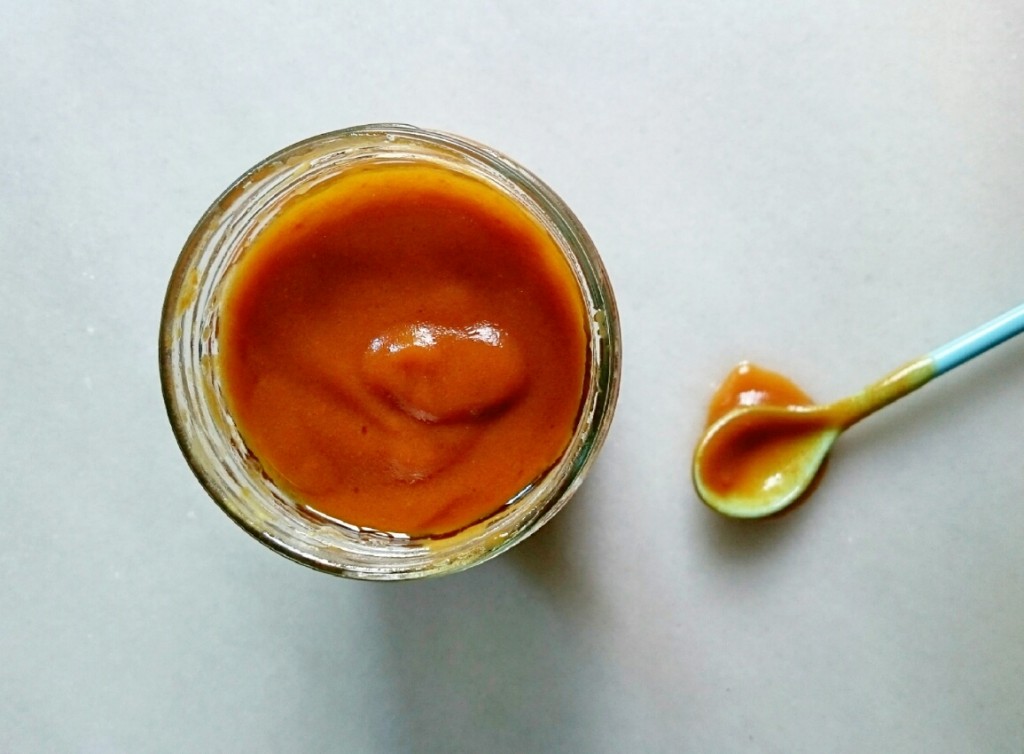 The recipe I propose here is merely an attempt to boost the nutritional properties in the mix thanks to the miso, which is a fermented paste packed with probiotic bacteria. I also use apple vinegar, which is an amazing ally on the intestinal level, besides having a lot of potassium which helps the body  get rid of an excess of sodium, helping not retain so many liquids. It has so many properties that I invite you to try it, because it should be an essential ingredient in any kitchen. 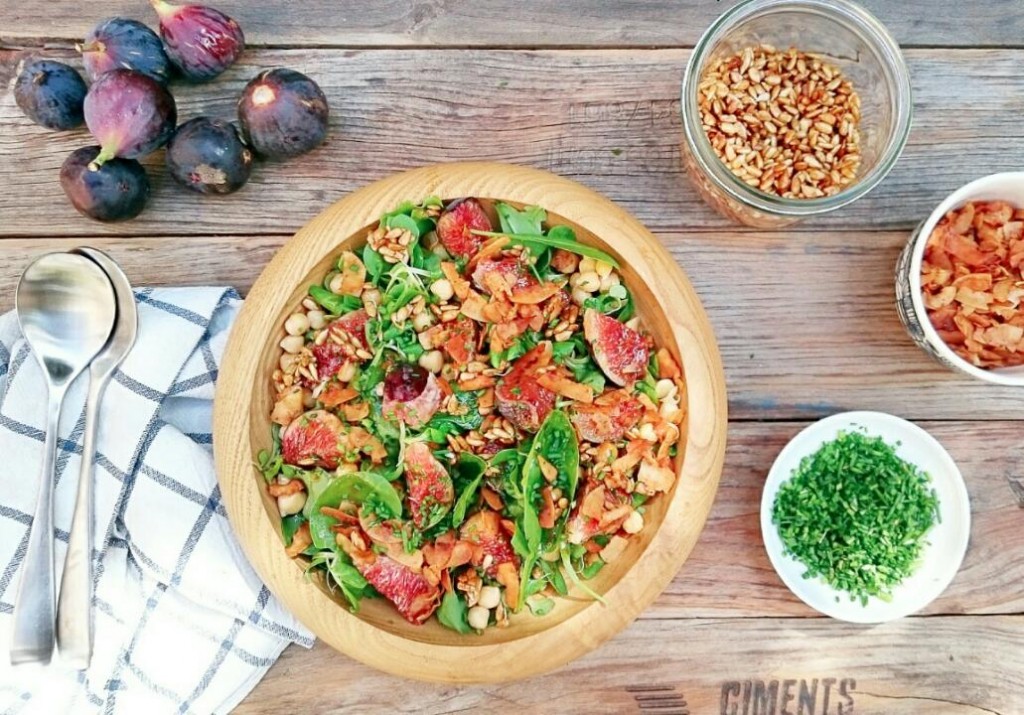 The sunflower seeds and the coconut are perfect for any dish, like a soup or even for an ice cream. If you don´t have sunflower seeds, with sesame it can be also utterly delicious. If you like the coconut chips,  double the recipe next time you get to work on it, so you always have some around.

Now I really need to go, I have an appointment at mid-morning with the figs that are left …

1 bunch of chives or green onions

1 tbsp of soya sauce or tamari