“Bounty” with banana and peanut cream. 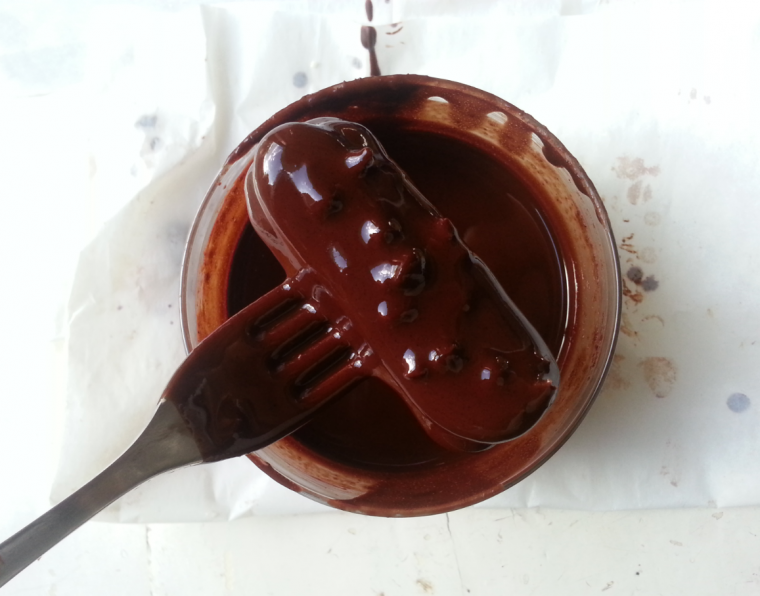 he other day I was wondering how to invent a new recipe. The first things that came to mind were memories. Memories from a journey, from childhood, from a book, from a restaurant, from something studied at school…..Then these memories mix with an idea or an actual product. In this way your mental taste library starts to combine different options. How can we make certain tastes? Sometimes it takes a lot of trials before you get the right balance.

In this case the original idea was a Bounty bar.

I had a flashback of my other half when he was younger and would eat several in one go……..
I searched out a few recipes on the Internet. I found my own way of doing the mixture and how to put it together. I used the recipe in a course on raw chocolate to demonstrate how to cover a mixture.

Up to this point I hadn’t really added anything new to the original recipe, except the important bit about making it a lot healthier. But I had only changed a few measurements. Then another way of making new recipes occurred to me: improvisation. I had a peanut butter and date mixture that I’d used in a workshop for filling some confectionary. What could I do with it? COCONUT + PEANUTS+CHOCOLATE: a mixture of Marathon and Bounty? Perfect! I had a new recipe. 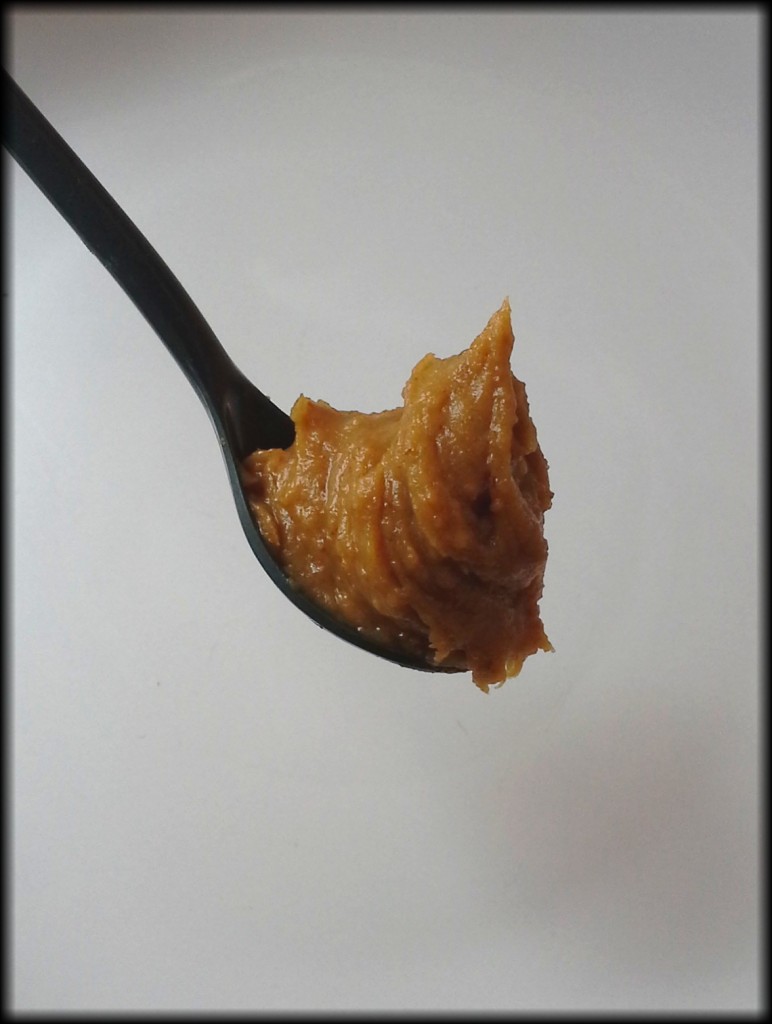 Two weeks later, when I was due to take photos for my blog, my mental taste library threw some bananas into the mix! It was….wow. Success! 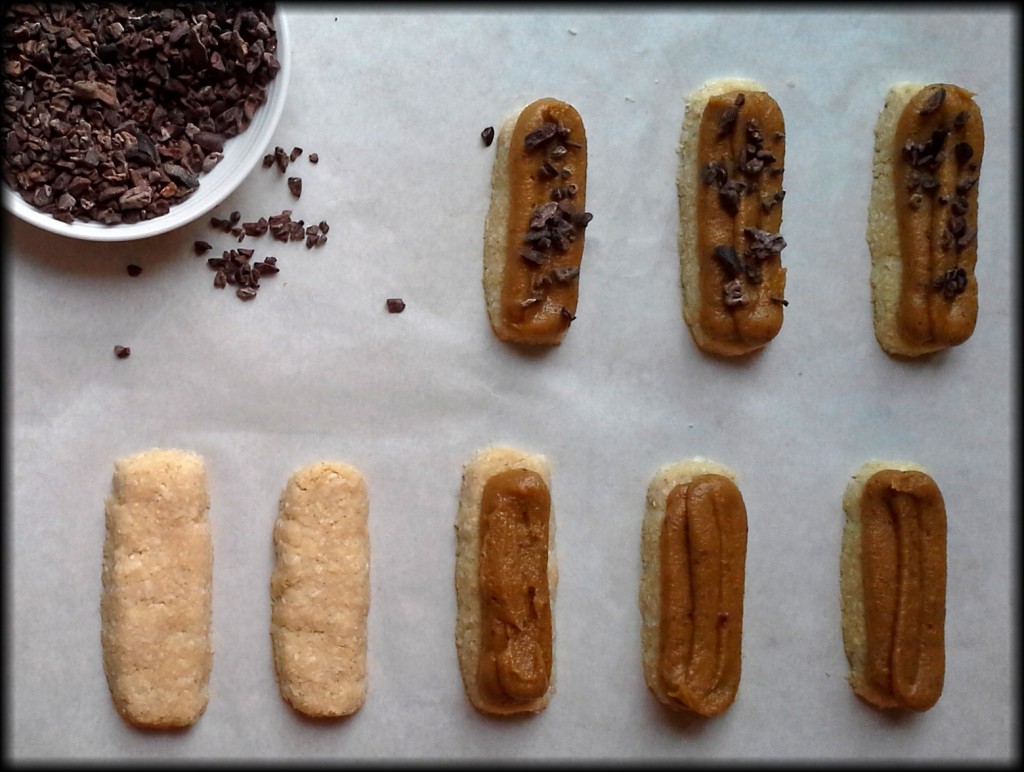 So I had a no sugar recipe made of natural ingredients that was easy to make, although there would be three distinct steps and that could be kept in stock in the freezer without losing their taste or texture. This should be enough to motivate you! Apart from all this and most importantly, they are DELICIOUS! 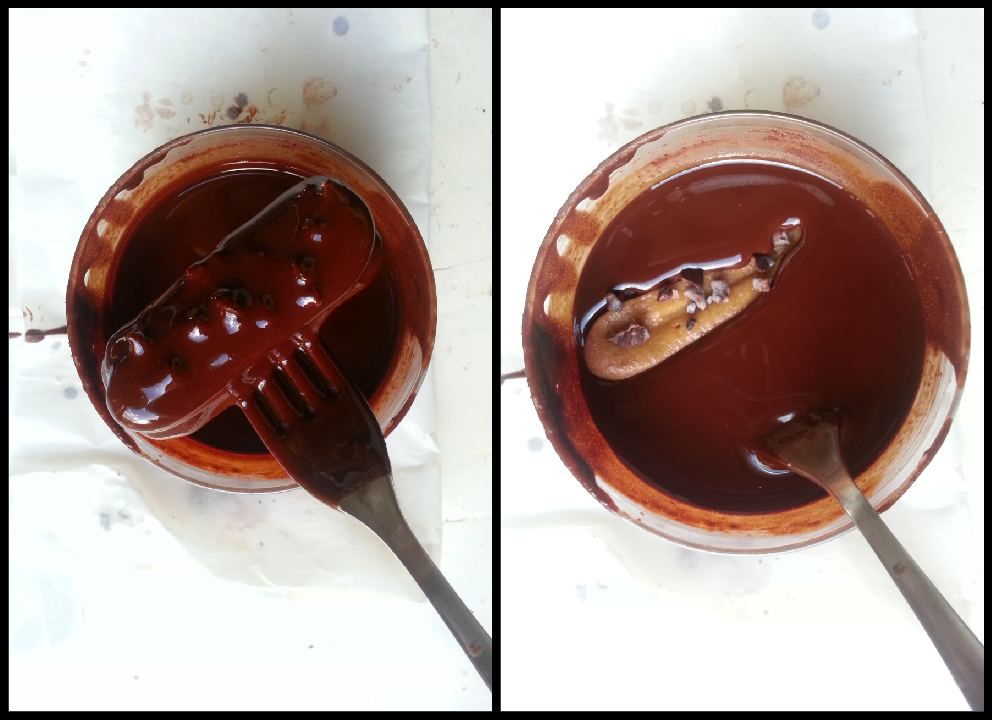 A few details before starting: 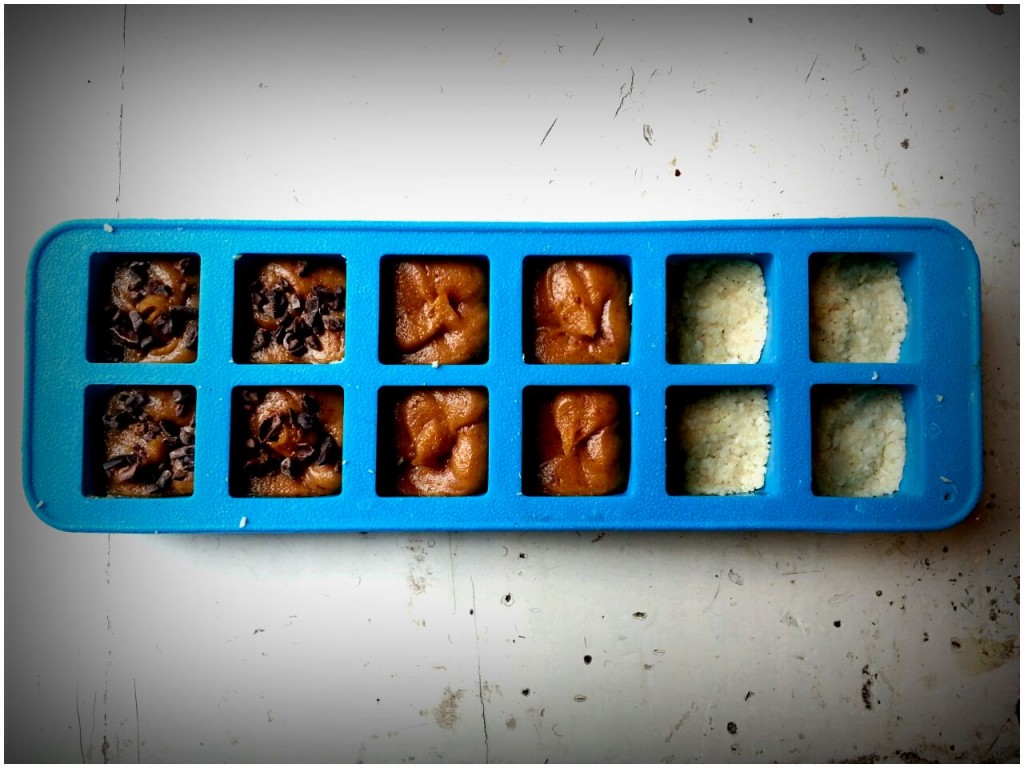 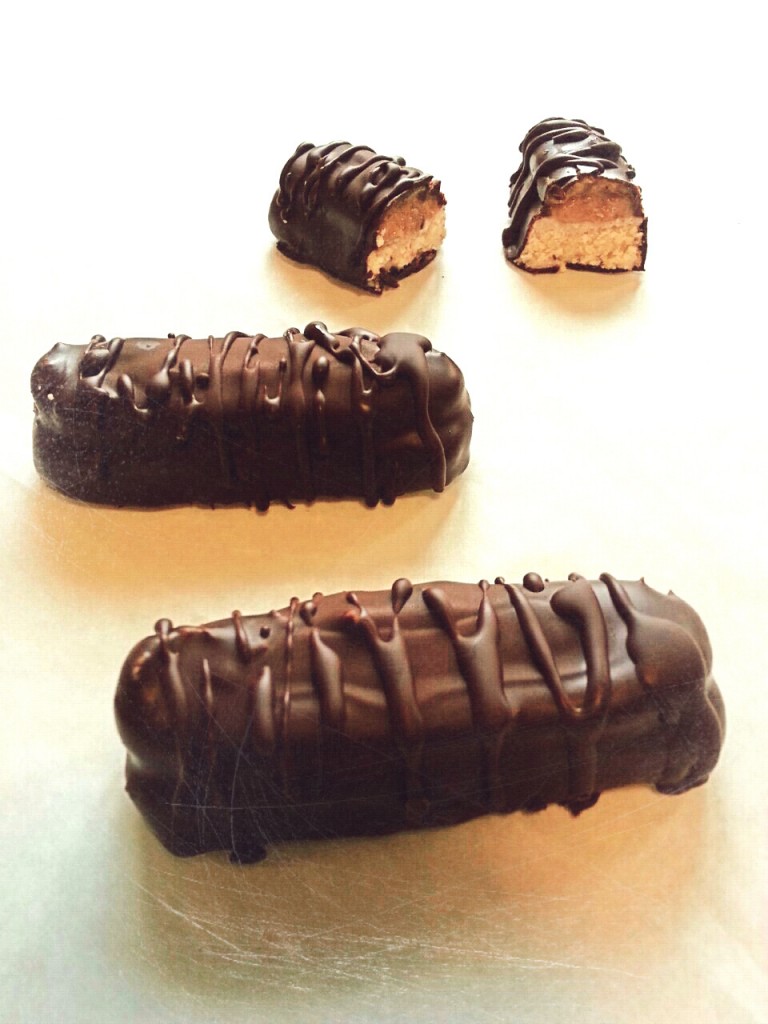